SYNC is a special service, which is available both in CANopen and CANopen FD.

The SYNC producer has 2 or 3 objects in its object dictionary to configure the SYNC message:

The SYNC consumer has 2 objects in its object dictionary to configure the SYNC reception:

The CAN-ID for the SYNC message is 0x80 according to CANopen’s pre-defined connection set. Although the CAN-ID for SYNC can be configured in object 0x1005, the author haven’t seen any other CAN-ID for SYNC so far. Nevertheless, it would be theoretically possible to have 2 or more SYNC domains in one network using different SYNC CAN-IDs. 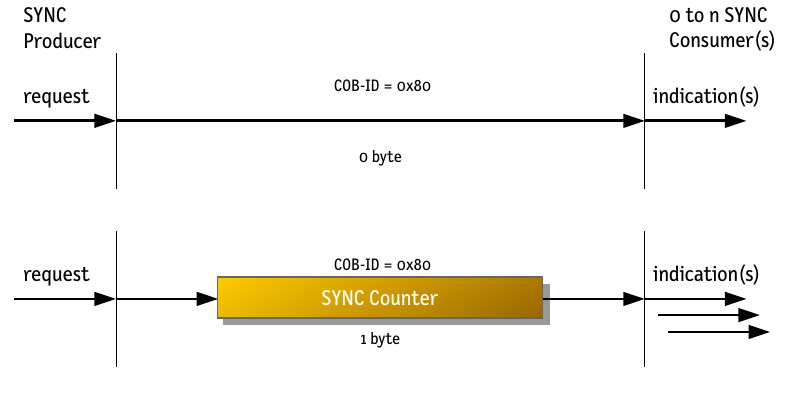 Synchronous RxPDOs (transmission type 1) will receive a PDO, but the values will only taken over into the mapped objects at the next SYNC message. Using this approach one may e.g. sent different commands or new target positions to different devices and the values we be taken over into the application at the next SYNC message at the same time for all devices.