The MPDO service can be uses – such as normal PDOs – to exchange process data between multiple CANopen devices. It also uses the Producer-Consumer model, so that an MPDO may be received by multiple consumers. In contrast to PDOs the object to be transmitted is not defined in a mapping table, but index and subindex of the object are transmitted as well. Thus the payload for MPDOs is reduced to only 4 bytes and only one object can be transferred in a single message. Unfortunately, not all CANopen devices support the MPDO service. If the EDS file contains the entry GroupMessaging=1 MPDOs are supported.
END_OF_DOCUMENT_TOKEN_TO_BE_REPLACED 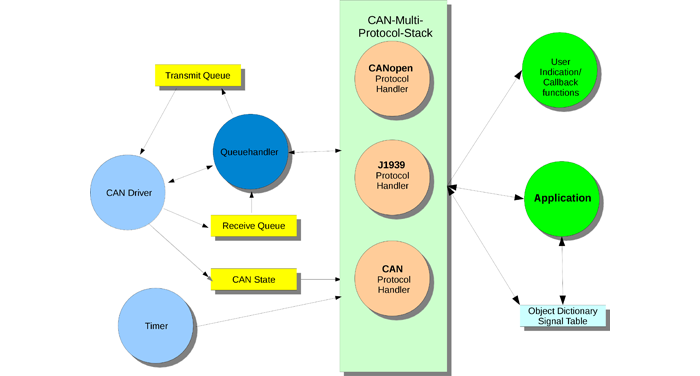